Media: De VolkskrantPublication date: Saturday, November 16About: Naema Tahir refused to marry the man her parents had chosen. After a dissertation on arranged marriage, her view of the issue has changed. “Don’t judge the arranged marriage too quickly” Text: Greta RiemersmaPhotography: Jitske Schols READ ⬤ the article online (in Dutch) 》 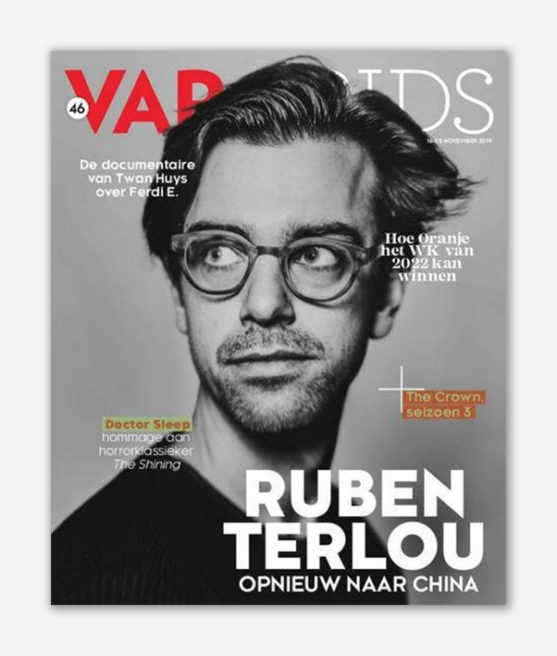 Media: AD MagazinePublication date: Saturday, October 12About: October has been internationally known for many years as the breast cancer month; a month with extra attention for breast cancer. AD Magazine asked me to portray some very brave women who wanted to tell their story in order to inform others in the same situation. Because one in seven women gets breast cancer in Holland and around 15,000 women are treated for it every year.Text: Linda Penders | Beatrijs BergmansPhotography: Jitske Schols GO TO AD MAGAZINE ⬤ Read the article online (in Dutch) 》

Media: Het ParoolPublication date: Saturday, October 12About: After Jelle Brandt Corstius had turned his own world upside down, he completed the train journey to Siberia that he had started before the affair. “It was a type of therapy of the bad kind.”Text: Jesse BeentjesPhotography: Jitske Schols ENJOY ⬤ the article online (in Dutch) 》

On the long list for the Rabo Photographic Portrait Prize: M190601 © Jitske Schols, 2019 and (!)… A190220 © Jitske Schols, 2019 After a career in communication, Jitske Schols (1969) has been working as a portrait photographer for national newspapers like Volkskrant and Het Parool since 2013. In 2017 she won the Dutch National Portrait Prize. Schols likes to tell personal stories and likes to keep it small and close to home. ‘Ohana’ is the ongoing photo project with personal stories from the photographer’s family album. About the life of her daughter and her ‘blown in’ son. A long-term project …

Media: Het ParoolPublication date: Monday, October 7About: In the event of a humanitarian disaster, care providers must not only bring water and blankets, but also psychological help. The Minister for Foreign Trade and Development Cooperation Sigrid Kaag is organizing an international conference in Amsterdam on the importance of psychological help in crisis situations with experienced experts, doctors and aid organizations.Text: Hanneke KeultjesPhotography: Jitske Schols/Lumen ENJOY ⬤ the article online 》

Media: VolkskrantPublication date: Saturday, September 28About: Fokke Obbema was dead for a moment after a cardiac arrest. After his recovery he went in search of the meaning of life. He asked forty conversation partners about it which was published each Monday in Volkskrant. Spread over 7 pages you can now read the most important insights Fokke gained from these conversations. The interviews are now bundled in a book.Text: Fokke ObbemaPhotography: Jitske ScholsThanks to: everyone working on this production like Koos Jeremiasse, Veronique Smedts, Judith Baas <3<3<3 MORE TO READ ⬤ Read the article online (in Dutch) 》 ⬤ Buy the book online (in Dutch) 》 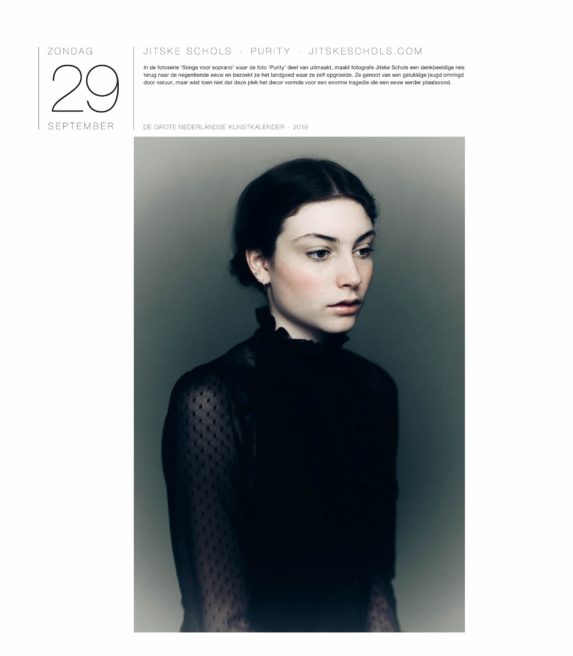 It was 1989 when I first heard the name Rein van der Wiel. My mother told me that someone had written a book about Ewijckshoeve, the family estate where I grew up. I had been living independently for a few years already, but on the first visit back home I read the book (‘Ewijkshoeve, tuin van tachtig’). As a child I had never realized that the place where I grew up, also housed other people in other eras. Lives had begun and ended there. Like exactly 100 years earlier when Anna Witsen chose to end her life by stepping into …